As the Sept of the Red Cedar decided to call for a moot, Voice of Thunder asked the Bear Claw pack to return to the encampment and spy on Qorjin for a week. Afterwards, a rabbit spirit would get in contact with the pack in order to present the Sept’s decision.

Alexander suffered a near fatal blow first, followed by Cateran, and then Cormack. Although Arthur was able to detect the ambush, it was too late to warn everyone. As the fight broke out, three more Dancers climbed out of sinkhole and charged towards the barn. Malcolm managed to down one with his Ironhammer, but the other two got into the barn.

The battle raged on and in the chaos, Cormack was slain by a Dancer. Arthur retaliated by grabbing the Dancer’s klaive and shoving it into his side, killing him. As Alexander and Cateran down several Dancers, Arthur took the Baneklaive and cut off the heads of the downed Dancers before they could rise up again. During this time, the sinkhole closed, killing an unknown number of additional Dancers who might have come out of it.

The battle was over in less than a minute, but the results spoke for itself. One of the Bear Claw pack had died, the Sept’s bawn had been invaded, and Arthur and Kevin were tainted from tactics used in battle. Cateran took the time to place the Dancer’s heads on pikes, hoping it would deter them from returning while Arthur and Kevin were cleansed. Once things settled, the Bear Claw pack called for Worthy to get them in touch with Voice of Thunder.

Realizing things were transpiring much faster than anticipated, Voice of Thunder chose to have the Bear Claw pack go to Qorjin and accept vassalage for the Sept. The Bear Claw pack traveled as fast they could back to the encampment to see thousands of warriors prepared to attack at a moment’s notice. Alexander realized Qorjin was not lying about his forces, so he went to the Garou and plead vassalage for the Sept of the Red Cedar.

Asking what he wanted of him, Alexander asked for men to stop the Black Spiral Dancer threat. Qorjin responded by giving him 100 kinfolk armed with silver weapons. Although Alexander thought this might not be enough, he graciously accepted. The pack had to act quickly and agreed upon storming the hive and eliminating the Dancers.

The trip took almost a week. Once they had arrived at the village sinkhole, Alexander sent 75 men down the right side of the fork in the tunnels that had traversed before and 25 men down the other with the Bear Claw pack itself. Unfortunately, they found no remnants of the Black Spiral Dancers and realized they had made a tactical error. 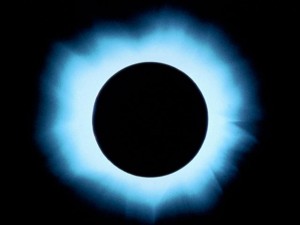 As they got close to the Sept, the rite the Black Spiral Dancers did took hold and drove all of the pack save Arthur into frenzy with visions of the Dancers and Fomor. The pack desperately tried to stop from attacking the kinfolk army and ran through their Rage reserves before regaining their senses. 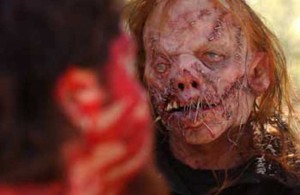 Rushing to the Sept, they found a slaughter. The entirety of the Sept of the Red Cedar had been destroyed. The Red Cedar itself burned as Dancers gleefully danced around the pyre as Fomor joined them. The Bear Claw pack looked on and was forced to make a hard decision: attack and die trying or retreat back to Qorjin.

Alexander was torn, but ultimately decided that sacrificing his pack for no gains was fruitless. Along with the lack of ability to maintain the rituals that keep Dasbog contained, Alexander could see no hope for this Sept. Although he retreated with his pack and the men, he felt personally responsible for making the wrong decision to send the men to the hive instead of the Sept.

As they left, Alexander had Kevin search for Bites-At-Flies for a day in the surrounding area before returning to the pack empty handed. With everything in shambles, the pack made the arduous two year journey back to the Sept of the Three Stones. There, they told Hugh of their success in completing the task given to them, but the ultimate failure in losing the Sept as well. 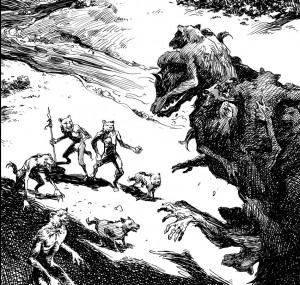 What would happen to the Bear Claw pack is unknown, but at the Sept of the Red Cedar, the Black Spiral Dancers managed to free Dasbog from his prison. The bane would later go on to make a body out of the corpses of fallen Garou who died defending it. It later left the area and disappeared. Ten years later, Qorjin and the Mongol horde swept through the lands again, this time destroying everything in their wake.

Although the White Lion’s Pride pack could not affect this vision of the past, they would take with them the lessons learned and reverberations of the Bear Claw pack’s action into the future as the Drowned King once more charged into the Umbra tunnel.